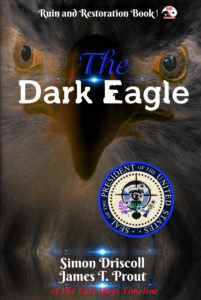 Book 1 of the Ruin and Restoration Series

If you’re a fan of the Warriors & Watchmen Series, you’re going to love the Ruin and Restoration Series! That’s because the Warriors & Watchmen Series is being upgraded to the Ruin & Restoration Series by adding a co-author, and starting the series with where we are in the fulfillment of Ezra’s Eagle as well as showing the Political Parties war which was previously skipped.

So what will you find inside The Dark Eagle?

Scott Knox is a newlywed whose marriage is torn apart by natural and political disasters. Now he’s taking out his wrath on the only target that matters. President Towers.
But is Scott really acting alone? Or is he a patsy?

Can the President be saved?
Or will prophecy be fulfilled? 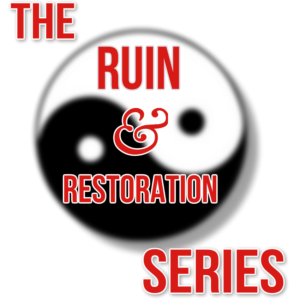 The Dark Eagle is the first book in the Ruin & Restoration series. This series shows the possible fulfillment of great and terrible Last Days prophecies in the very near future.

We know Jesus Christ is coming again. Many great things must happen to prepare the world for His coming, and many terrible things, too.

This series of action thrillers will help you understand these prophecies through the lives of the Shumway family as they live through and are affected by the fulfillment of prophecy in our day.

These books will help prepare you for the actual fulfillment of these events because . . .

If ye are prepared, ye shall not fear.

What did the Beta Readers say about the book?

A great read as it definitely adds current and future issues that are correlating with the scriptures and prophecies of prophets many years ago! – Russ

The references to prophecy are sooo interesting, particularly prophecy about other religions (Islam) that I would never have read on my own. – Teri