Does God lie to his prophets? The following scriptures seem to indicate that he does. What do you say? 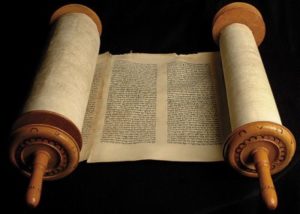 Let’s look at each of these references to discover the full context and see what the Lord is doing, who is lying, and how the prophets are deceived. 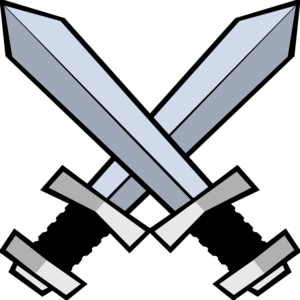 Context: Jehoshaphat, King of Judah, had made an alliance with Ahab the King of Israel, and Ahab came to persuade him to join him in the conquest of Ramoth-gilead. So King Ahab inquired of his 400 prophets whether he should prosper. All of them agreed together that Israel and Judah together would be victorious.

But the King of Judah wasn’t satisfied. He called for Micah (Micaiah), who gave the word of the Lord, indicating that God had allowed all of Judah’s prophets to be deceived by a lying spirit, “for all these have sinned against me.” (JST 2 Chr. 18:21 a) The JST also changes the scripture from:

22 Now therefore, behold, the Lord hath put a lying spirit in the mouth of these thy prophets, and the Lord hath spoken evil against thee.

22 Now therefore, behold, the Lord hath found a lying spirit in the mouth of these thy prophets, and the Lord hath spoken evil against thee.

By changing the word from ‘put’ to ‘found’, it shows that it was not the Spirit of the Lord which lied to them, but a lying spirit which fulfilled the purposes of the Lord in leading Ahab to his death in battle. Thus the Lord allowed 400 fallen prophets to receive the same lying spirit to convince Ahab to go to battle.

The key here is that the 400 prophets were more concerned with telling King Ahab what he wanted to hear than in being careful about which spirits they listened to. They sinned in this thing and thus were deceived to fulfill the will of the Lord in destroying Ahab.

10 Then said I, Ah, Lord God! surely thou hast greatly deceived this people and Jerusalem, saying, Ye shall have peace; whereas the sword reacheth unto the soul.

The confusing part here is that Jeremiah claims the Lord said the people would have peace. Yet in all the preceding verses of Jeremiah, I cannot find the reference to the promised peace. There are no footnotes on this verse to help or guide us. No modern Church leader has spoken upon this verse specifically or included it as part of a larger quote from this chapter. The best I can find is in Jeremiah 3:15-18

This appears to be talking about a time of peace, or relative peace found among the Zion people after the 10 Tribes have returned from the north and Zion is built. There will be peace in Zion, though Jeremiah’s prophecy does not include the word peace.

What follows is a description of an attack upon Jerusalem of the Antichrist, including a reference to two watchmen from a distant land. I believe this speaks of the 2 prophets who defend Jerusalem from the Antichrist for 3 1/2 years, and Jeremiah is saying they will come from a far land, aka America. As these two are sent from Zion after the council at Adam-ondi-Ahman, this will fulfill the prophecy of Jeremiah and John.

So why does Jeremiah accuse God of deceiving His people (Israel) with a promise of peace, when there will, in fact, be an attack that will cut to the very heart of Jerusalem? I can find no answer or support for the accusation in the book of Jeremiah.

7 ¶ O Lord, thou hast deceived me, and I was deceived: thou art stronger than I, and hast prevailed: I am in derision daily, every one mocketh me.

The context of this scripture is important. This was Lehi’s day, and the prophet which Lehi heard speak of the destruction of Jerusalem. That is important because at this time, Jeremiah had been put into the stocks for a day for preaching evil against Jerusalem. Then the chief governor of the house of the Lord, or in today’s terms, the Temple President came to him and smote (slapped) him to continue the public shaming.

Jeremiah then explains to the Temple President why he could not refrain from preaching the word of the Lord.

The key to understanding his words lies in the footnote on the word deceived. It says that an alternate Hebrew translation would be persuaded. There is no evidence from the context that Jeremiah was deceived into thinking the people would accept the prophecy which God gave to him. So a better translation could be that Jeremiah said: “O Lord, thou hast persuaded me, and I was persuaded.” Or in other words, God told him to prophesy and he agrees to do it. When he did, he was mocked, so he tried not to preach anymore, but the prophecy was like fire in his bones. It had to come out.

What are we to conclude? This passage does not support the idea that God lied to Jeremiah or deceived him in any way.

The full verse for the next is Ezekiel 14:9

9 And if the prophet be deceived when he hath spoken a thing, I the Lord have deceived that prophet, and I will stretch out my hand upon him, and will destroy him from the midst of my people Israel.

However, the JST provides the following for this verse:

9 And if the prophet be deceived when he hath spoken a thing, I the Lord have not deceived that prophet, and I will stretch out my hand upon him, and will destroy him from the midst of my people Israel.

Thus this one is very simple. Joseph Smith has already revealed that this verse was altered through mistake or design to mean the opposite of what it currently reads in the JST. 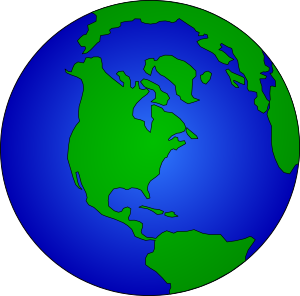 Finally, we have 2 Thessalonians 2:11. Let us look at a greater context by including verses 7-12:

7 For the mystery of iniquity doth already work, and he it is who now worketh, and Christ suffereth him to work, until the time is fulfilled that he shall be taken out of the way.
8 And then shall that wicked one be revealed, whom the Lord shall consume with the spirit of his mouth, and shall destroy with the brightness of his coming.
9 Yea, the Lord, even Jesus, whose coming is not until after there cometh a falling away, by the working of Satan with all power, and signs and lying wonders,
10 And with all deceivableness of unrighteousness in them that perish; because they received not the love of the truth, that they might be saved.
11 And for this cause God shall send them strong delusion, that they should believe a lie:
12 That they all might be damned who believed not the truth, but had pleasure in unrighteousness.

This is another reference to the Antichrist and the great lie that he shall bring forth upon the people. God allows the Antichrist to perform false miracles, even to claim that he is Jesus Christ and/or God himself come down in the flesh. This is the great deception that God permits in the last days so that everyone may be judged as to whether it is the miracles which lead them to believe or whether they believe because of the testimony of the Spirit and the peace in their hearts.

So what are we to conclude from all these passages? Does God lie to his true Prophets? No. He permits lying spirits to deceive fallen prophets who are more interested in pleasing their king than in the truth, but it is not God Himself who whispers lies in their ears. Was Jeremiah deceived? Nothing in the context of either passage from Jeremiah indicates that God lied to Jeremiah and the footnotes on the second verse show that it is better understood that Jeremiah was persuaded to preach rather than deceived into doing it. Jeremiah’s complaint was that preaching the word of God led him to derision among the people. He was mocked and smitten for his testimony, yet he could not restrain himself from preaching it.

Finally, there will come a day of great deceptions, such that if it were possible, even the very elect would be deceived. When the Antichrist is permitted his full power upon the Earth, God will use this strange act to let the people decide for themselves if they will be deceived or not. When you are brought before the judgment bar of God, having declared the Antichrist to be a servant of God how will you still profess that you are one of the elect? By this great deception in the last days, God will divide the elect from those who are not the elect, for the elect will not and cannot be deceived by the Antichrist. Everyone else can be and likely will be deceived by the Antichrist, and thus God will divide His people in the last days. It behooves us, then, to know how to be the Elect of God and to become the Elect.