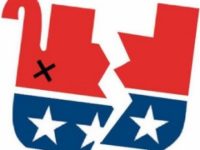 There are a few important factors in the ‘failure’ of Trumpcare which could lead to war between the political parties. First, we have a President that ‘punches back twice as hard.’ Second, we have serious disagreements within the Republican Party and the Democratic Party about the ideology of the parties. Third, the President has little […]