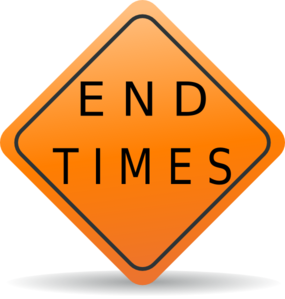 There are many cultures and religions with prophecies about the End Times. One overriding theme is the increasing presence of chaos in the world. Christians, Jews, Muslims, Buddhists, and even Zoroastrians are all waiting for the arrival or return of a Messiah. They differ on when or how He will appear, or what He will do when He gets here. One thing they all agree upon is the increasing level of chaos that will precede His coming.

Some groups believe that the best course of action is to resist this chaos, while others believe it is their duty to bring this chaos upon the world. Groups like ISIS do this very publicly. Others do it behind the scenes. Whether they call themselves the Illuminati, or the Shadow Council, or the New World Order, their goal is the same. Chaos. Some pursue chaos to hasten the return or arrival of the Messiah. Others seek it to create opportunities to seize power.

The debate over public use of bathrooms is only the latest in a long line of manipulated situations used to divide people into groups who hate each other. Hate breeds nothing but chaos. It never creates positive legislation or improves society. Hatred only tears down and destroys.

The discussion about usage of bathrooms has been tied to one of the most defining aspects of our individuality; gender assignment. There are people in this world who are indeed confused about what gender really means. There are even more who are upset by how gender defines our place in society. Many of those definitions have been rewritten, and some which should be dissolved still remain.

Over the last two hundred years there has been a nearly constant fight over civil rights, focusing on smaller and smaller groups. The chaos brought about by these laws comes from forcing a larger undefined group to be uncomfortable in order to remove the discomfort of a smaller defined group. It is wrong for the majority to make the minority uncomfortable based on what makes them unique. It is even worse for the government to force any group to endure discomfort in an effort to make another group more comfortable.

Chaos is but one sign of the beginning of the End Times. Some groups seek it for religious reasons, others for political. Either way, anyone who serves the cause of chaos does not have the best interest of the people at heart.