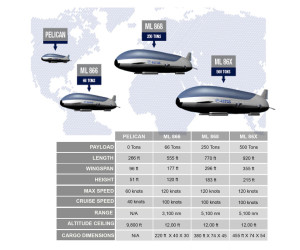 Some people are worried about the hover-drones that could soon become common place in the skies. But there is an even bigger shift in the skies on the horizon. This will appeal to the #Steampunk crowd, as well as the #scifi buffs who are looking for the next big shift in transportation. Imagine being able to move massive amounts of cargo, supplies, or people with minimal energy and minimal environmental impact. Behold the #Aeroscraft, a Lighter Than Air (LTA) vehicle which has overcome many of the problems of its predecessors. 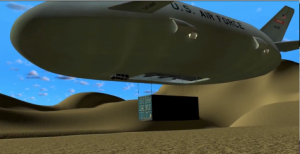 Able to land in a field? Definitely.

I’ve said for decades that the one thing which would accelerate the economy beyond anything else is a faster, cheaper, and/or more reliable means of transporting goods and people from one place to another. Currently many items are shipped from overseas or to overseas as part of international commerce. Those containers have to be sent to the docks, loaded on a ship, sailed across the ocean, off loaded at the new port, and then shipped by truck and/or train to distribution centers where they are sorted and shipped out to individual stores. 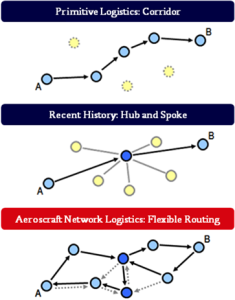 Imagine then, cutting out most of the middle-men. This ship could pick up a container from the fields where the produce is picked, without landing, and carry it to any destination in the world, including your local Kroger or Amazon distribution center. Imagine cutting the time from farm to market by several days, or even weeks. Most merchant vessels travel at about 24 knots, but these LTA cargo ships are designed to cruise at 100 knots. To get blueberries from Chile to Los Angeles by boat takes at least 10-14 days, whether they travel by land or by sea. This aircraft could cut that time to 2 or 3 days.

On the other hand, if there were an earthquake in Chile, and relief efforts were needed there, instead of taking 10-14 days to get supplies and personal to the area of need, this ship could get them there in 2 or 3 days. Yes, this technology could be that disruptive, so pay attention as it starts to enter the public eye.

To see an analysis from 2014 by the History Channel, visit http://www.history.com/shows/rise-of-the-machines/season-1/episode-1

The company bringing us this disruption: http://aeroscraft.com/