“So what makes you think we have so much time?”

Gideon cleared his throat. “Well, for example, the current U.S. President. I’m fairly certain President Baldwin fulfilled a minor prophecy, but one that has many to follow.”

“The war between the Democrats and the Republicans?”

“Yes, that’s the one. You know what I’m talking about?”

“I may be a little older than you, son, but that doesn’t make me slow. Even before the Independent American Party won the Presidency and took over a full third of the House and Senate, all in a single election, I knew about the prophecy. – Published in Conspiracy Rising, January 2015

‘President Frank Baldwin stayed up late, watching the polling information pour in. Four years ago, he’d been elected President as a compromise to end the war between the Republicans and the Democrats. The government had been shut down, the Electoral College was deadlocked, and questions of procedures had created an impossible situation.’ – Published in Fruits of the Shadow, July, 2015 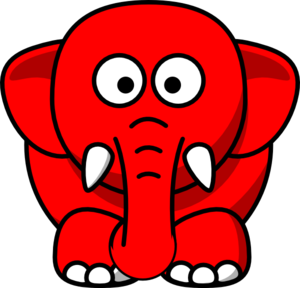 Right now, I don’t see another outcome possible. We have barreled far enough down this path that any way of getting off it is nearly gone. Why do I say this? Well, there are two possible outcomes to the Republican Primary:

2. Trump does not get the Republican Nomination.

It won’t matter to The Donald whether the convention is contested, brokered, or if Ted squeaks by having 51% of the delegates. Donald has said all along that if he felt the Republican Party didn’t give him a fair shot, he would run on the 3rd Party Ticket. Has he ever changed his position on this? Does anyone think that the Republican Party has given Donald a fair shot to date? More importantly, does Donald think that? I don’t believe he does. 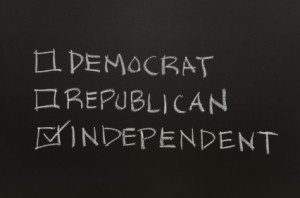 So once more we would have the Hilary or Bernie ticket, the Marco and/or Ted ticket, and the Donald ticket; 3 parties. In this scenario, Donald is likely to win less electoral votes, but still enough to prevent either the Republicans or the Democrats from cleanly winning the Electoral College. Once more we would have a contested election, and this time, the Supreme Court would be overstepping its bounds to assign a winner.

The war between the parties is predicted, and the outcome of that war, the way to end it is the creation of a third party. The only way I see that such an outcome could end a war between parties is if that party is strong enough to stand up to the other two.

Understanding the future can be a tricky thing. The Warriors & Watchmen Series is intended to get people thinking about the future and the prophecies that reveal it to us. I put together this future timeline as speculation in 2013 and solidified it in 2014. As the world marches forward, and this, as well as some of my other interpretations grow ever more likely, I feel more and more passionate about getting others to understand these prophecies. They are an indicator of the signs of the times.

Why is this particular prophecy important? Because the so-called war between the Republicans and the Democrats is given as a way to know when we are on the verge of World War III.

The United States will spend her strength and means warring in foreign lands until other nations will say, “Let’s divide up the lands of the United States, then the people of the U. S. will unite and swear by the blood of their fore-fathers, that the land shall not be divided.

Then the country will go to war, and they will fight until one half of the U. S. army will give up, and the rest will continue to struggle. They will keep on until they are very ragged and discouraged, and almost ready to give up–” – Statement by Joseph Smith c. 1842 (as recorded by Mosiah Lyman Hancock; Life Story of Mosiah Lyman Hancock, p. 29)

If you want to know what else is predicted in these books, if you want a guide to the coming future, as the prophets have foreseen it, I humbly offer my fictionalized future history based on these prophecies as a way of more easily digesting and understanding these things. By the time you are done reading the book, I hope you will see which news articles are truly worth following.