Fan Fest was good to us this year. We got to meet lots of interesting people, and they got to meet my characters. And believe me, you do not want to be on the naughty list this year. While some vendors complained about the tight-fisted attendees, our sales were the second best event of the year. We sold more books than any other event this year, but our artwork just wasn’t moving like it has at other cons. Perhaps the patrons had less interest in art for some reason. Whatever the reason, we have no complaints overall. For me the books are best kind of sales. 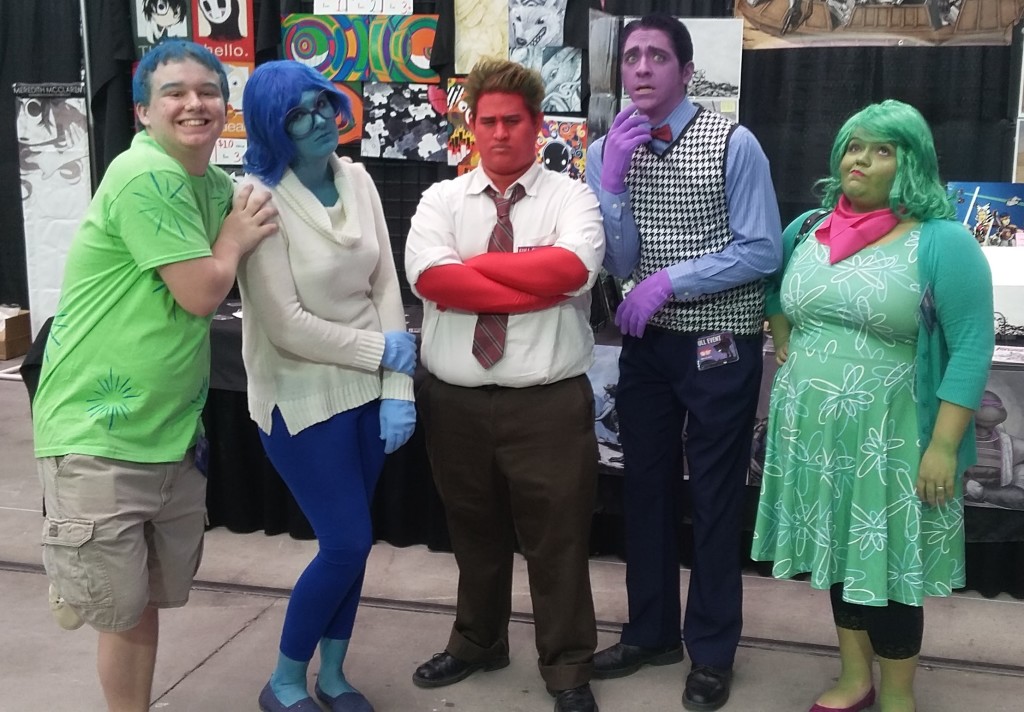 Our favorite Phoenix Fan Fest faces was the group photo of the cast of Inside Out. I love that movie, and these people were able to get into character for the photo. If you’re my friend on Facebook, you’ve probably already seen the pictures, but I had to share it again here. This movie spoke to me in a way few others have. It has a deep message for us all about how our minds work. These emotions don’t really control Riley, because they are Riley. Perhaps I will speak more on that subject some day. for now, it is enough to share this fantastic group photo I captured. 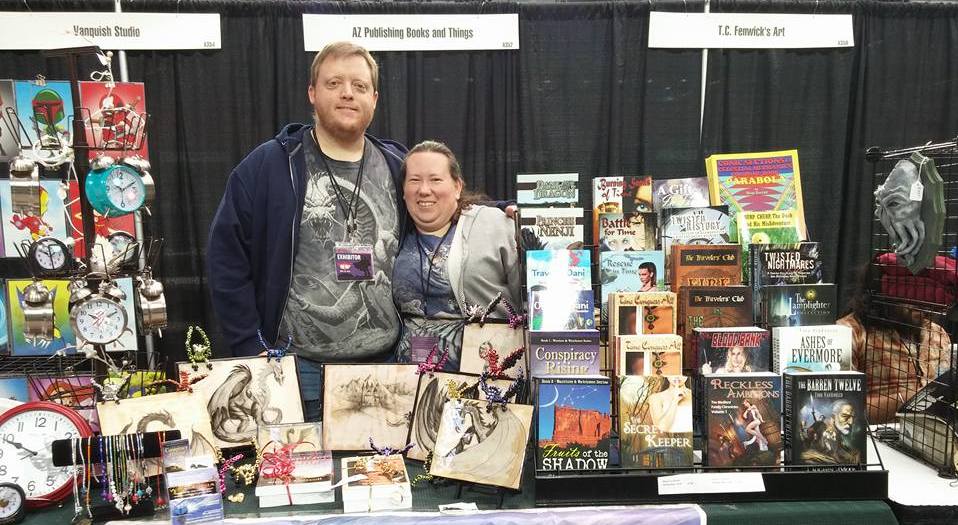 The stadium was rather cold the entire time we were there, probably because it was cold outside, and there was no heating, which would have been vastly expensive. We wore our coats the entire time. It was probably great for the cos-players. Their outfits usually range from beach-worthy wear to full on fur suit. There were far less beach going costumes, probably because of the temperature. I wonder how the cold affects the mood, and thus the type of purchases people make. Maybe it encourages them to cuddle up with a book, rather than hunt down the next thing to hang on their wall. Whatever the reason, our book sales outstripped our art sales for this convention, which is not often the case anymore. As you can see from the photo, we have an extensive array of prints on wood now, thanks to the great talents of Meghan Mitchell.

We have one more event for the year, and then I can give my year end wrap up report. Look for that coming soon!