SPOLIER ALERT! If you haven’t read Dani and the Dragon, the following information might reveal more about the books than you are ready to know. If you want more information, keep reading below the new cover.

Meghan Mitchell did a fantastic job in painting this new cover, and she will be the artist for as many of the new covers as possible. Thanks again, Meghan! 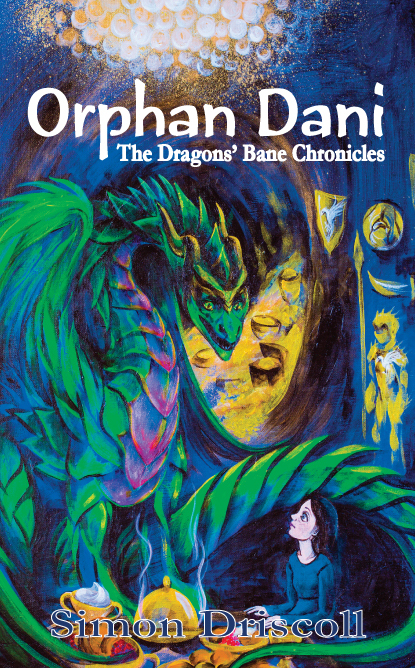 For clarity, books 2-5 come from Dani and the Dragon, and the book series currently goes as follows:

A hellcat is loose in the Forgotten Forest, and the best hope to stop it is a fox-man whose almost forgotten his humanity.

Dani is a young orphan whose only friend is a dragon, and he’s just promised that some day she can become a dragon herself.

Dani sets out on her quest to obtain the Crystals of Kaldonia to begin her transformation.

Dani discovers her true heritage and meets the Prince to whom she is betrothed.

Dani must choose between life as a Princess and becoming a Dragon.

Eyroc has lost his title as Prince, his home in the castle, and the love of his life in a single day. Now he must embark on a new journey as a Mage’s Apprentice.

New content to the series will be added next year in Apprentice Eyroc, as we follow the prince in his adventures