The truth is, the only significant answer to who they are is to define them as a religious group. Whenever one religion is persecuted, all religions are in danger. 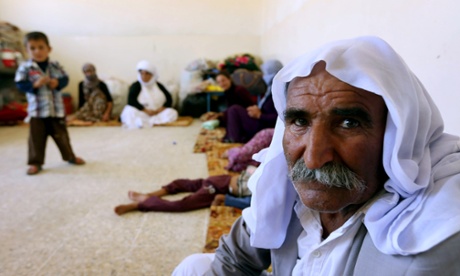 Who are the Yazidis?

A historically misunderstood group, the Yazidis are predominantly ethnically Kurdish, and have kept alive their syncretic religion for centuries, despite many years of oppression and threatened extermination.

The ancient religion is rumoured to have been founded by an 11th century Ummayyad sheikh, and is derived from Zoroastrianism (an ancient Persian faith founded by a philosopher), Christianity and Islam. The religion has taken elements from each, ranging from baptism (Christianity) to circumcision (Islam) to reverence of fire as a manifestation from God (derived from Zoroastrianism) and yet remains distinctly non-Abrahamic. This derivative quality has often led the Yazidis to be referred to as a sect.

At the core of the Yazidis’ marginalization is their worship of a fallen angel, Melek Tawwus, or Peacock Angel, one of the seven angels that take primacy in their beliefs. Unlike the fall from grace of Satan, in the Judeo-Christian tradition, Melek Tawwus was forgiven and returned to heaven by God. The importance of Melek Tawwus to the Yazidis has given them an undeserved reputation for being devil-worshippers – a notoriety that, in the climate of extremism gripping Iraq, has turned life-threatening.

via Iraq crisis: who are the Yazidis and why is Isis hunting them? | World news | theguardian.com.